This time last year the IJBS Executive Committee set itself some ‘challenges’ for 2014, most of which (though not all!) have been met: 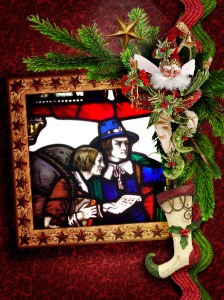 We had promised you that this site would be revamped, and in particular that the addition of payment buttons would allow you to renew your membership online. This has not yet been accomplished due to delays beyond the control of the Executive Committee, but we are now back on track and, as I write, ‘e-commerce’ solutions are being put in place. We are confident that you will soon be able to renew your subscription online. As this is put into operation, you may experience some small disruptions to the website in the next few weeks.

Other developments, we had not fully anticipated :

May I also take this opportunity to announce that four wonderful scholars have accepted to give plenaries at the 2016 conference : Alec Ryrie (Durham), Andrew Spicer (Oxford Brookes), Alexandra Walsham (Cambridge) and Helen Wilcox (Bangor). We look forward to welcoming them in Aix. The call for papers will be out in January, so watch this space.

In the coming year, your Executive Committee will do its utmost to ensure new benefits for the IJBS. There will be the Bedford day-conference, another issue of The Recorder, preparations for Aix 2016 will mature, and this site should offer the opportunity to renew membership online. As I urged you last spring in The Recorder, please do not hesitate to get in touch to suggest new ideas, propose directions in which you think IJBS should develop in the near future and ponder opportunities for regional meetings.

None of this could have been achieved without the time and dedication of the IJBS officers: Nathalie Collé-Bak, David Gay, Galen Johnson, Bob Owens and David Walker.

Wherever you are, I wish you a merry Christmas and a happy New Year,